Our Warrior Group is a support group for women who journey with the harmful effects of betrayal trauma. For most of these women, betrayal entered their relationships through a partner’s alliance to sex addiction and where a partner’s addiction is ongoing, some of the women experience revictimization on a regular basis. Some of the women chose to divorce their partners, while others chose to stay. As the betrayal was forced onto their lives by someone most of the women depend on in some way, a question that they often grapple with is how to succeed at maintaining this necessary relationship when a natural response is to withdraw from the pain. Additionally, given the many discourses around sex addiction, it may automatically produce a shame response that they are – ironically – betraying their partner if they disclose the problem of sex addiction, even in therapy. Often in South Africa, we tend to shame the victims of trauma rather than the perpetrators (for example, women will say of other women who were victims of rape, things like “what was she doing there? She should’ve known better!”). These discourses can contribute to negative identity conclusions that we are somehow to blame for the trauma that befell us. An additional trauma factor for our women is the absent but implicit concept of moral injury, where they are called upon to participate in, or witness, actions that go against their own moral code. 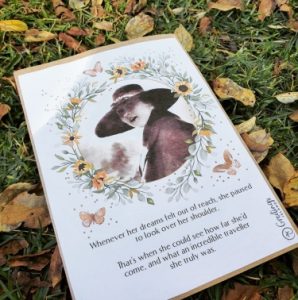 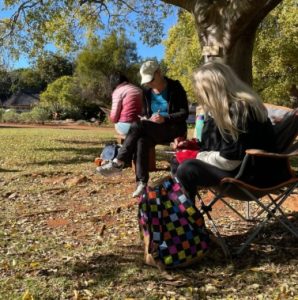 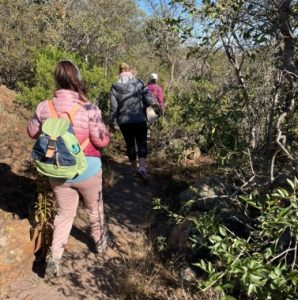 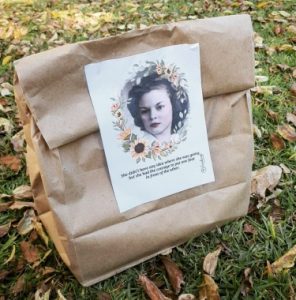 Regardless of whether they chose to stay or leave, all of the women in our group have invited hope into their lives – that hope will assist them to survive and eventually re-author their lives and the lives of their relationships. Through this web of hope the Warriors was established. The group’s name is a (re)name given to the group by its members – when it was first established, it used to be known as Facing Forward but the members at the time felt that the group name did not reflect their courage and survival skills and so they opted to change the name to Warriors. When asked the group why they had decided to call themselves Warriors, one responded by saying “… we didn’t want to give the problem a face by giving it a name. We also didn’t want to link the group with the word ‘therapy’ (that felt like we were feeling sorry for ourselves). We thought there was so much more power in calling ourselves Warriors rather than identifying as victims that were only trying to cope…”. This response illustrated the richness to be found in support groups – that they are often better placed to explore preferred stories with likeminded people.

Often “sex addiction” or “abuse” is named as the dominant problem story but in exploring what effect this had on our Warriors, the problem shifted from their partner or their relationship as the dominant setting to naming and renaming their own problem stories. This became apparent when we recently went on a narrative walk (based on the work of Chris Darmody) through the Pretoria Botanical Gardens. During the first walk, the women were asked to name the problem and its effects on her life. I was careful to make sure that we didn’t only focus on the problem so that the women did not become immersed in the problem. It was important to make sure that we didn’t potentially deepen their shame or create internal conflict that would be difficult to undo. After some written reflection and feedback, we therefore undertook a second walk where the women had to rename the problem and identify the times in their lives where the problem was less prevalent or absent. Through this second walk, the women identified their strengths and what had made it possible for them to stand tall in the face of sex addiction’s onslaughts.

Each of the women had particular hopes and dreams for their future, which was highlighted to them through their identification of the times that the problem (that they had identified during the first walk) was minimised or absent from their lives. More than one woman said that communication was one of their biggest allies in their fight against fear / isolation / disorientation (some of the names the women gave their own problems). When asked what communication made possible, they responded by saying it served to establish connection and re-establish tiny bouts of trust. Trust and connection in turn fostered re-orientation and a sense of belonging that fed the hopes and dreams they had for themselves, their children, their families and their relationships – these hopes and dreams are not lost!

previousNew perspectives on recovery: Part 1
nextThe WE in renouncing addiction